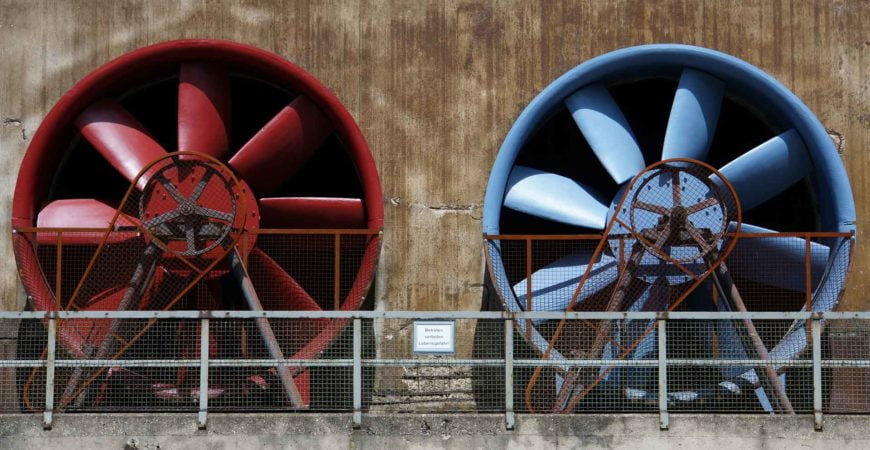 Heat released by the cooling process can be reused elsewhere in a building, for example heating in the room or for hot tap water. The heat can be used directly in another workspace, or transferred via an intermediate medium, for example via a pressurized gas boiler. Processes in which heat is released can take place in any building. This heat may be useful (re) used elsewhere in a building or other process.

When reusing the residual heat, the running times of the active process must be considered, as only residual heat is then available. Only when the period of heat demand (partly) coincides with the time in which the process supplies residual heat can this residual heat be used efficiently. In most buildings, the demand for heat is concentrated in the morning hours when the building needs to be heated, and there may be a demand for hot tap water during working hours.

The possibility of reusing heat in a building depends, among other things, on the temperature of the heat released and the temperature that is required for space heating or domestic hot water.

In certain situations, the heat can be used directly by blowing the heat that is released (for example warm air) directly into a workspace.

The released heat can also be transferred via an intermediate medium. Consider, for example, the use of the heat from a cooling installation, in which the heat via a water circuit with the aid of a heat exchanger extracts the heat from the hot compressed gases (discharge gas pipe from the compressor to the condenser).

If the residual heat has a lower temperature than the necessary heat, it can be considered to increase the temperature by means of a heat pump.

About 60 percent of total process costs are usually spent on energy, so that’s where the biggest potential cost savings lie. This prevents residual heat from being wasted. This then yields energy savings and a reduction in CO2 emissions. It minimizes energy consumption and ultimately reduces operating costs, so that the circle is closed again.