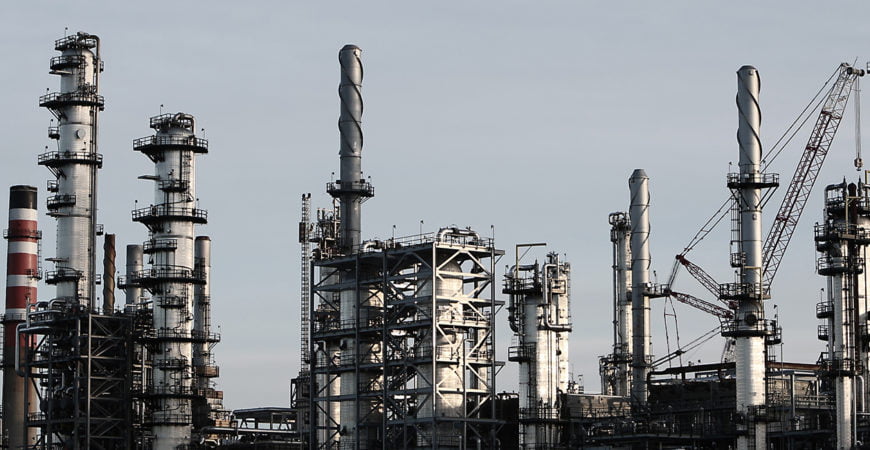 Natural refrigerants CO2, ammonia and hydrocarbons have been used in different HVAC & R applications for many years. With the exception of a few sectors, their market penetration has remained relatively low.

Many industrial refrigeration systems use ammonia refrigerant. Ammonia for refrigeration (NH3) is nothing new, and its history dates back to the mid 19 th Century. However, it still remains an important tool in large commercial and industrial applications. Here are four benefits of this time-tested refrigerant.

The properties of ammonia make it perfect for refrigeration use. For example, ammonia’s cooling capacity is greater than other refrigerants. In other words, it takes less ammonia than halo-carbon refrigerants to get the job done, so the system does not need to work as hard. In large applications, it is one of the most efficient refrigerants you can use.

Because ammonia is very efficient, companies with industrial cooling or chilling equipment can save a lot of energy with NH3 systems. Savings are sometimes fifteen percent or more. This represents substantial savings in a large operation. Ammonia refrigerant is readily available and inexpensive, which adds to its cost effectiveness. You can buy anhydrous ammonia from industrial refrigeration services at affordable prices.

3. Good for the Environment

Even though NH3 emits toxic fumes, these fumes are not hazardous to the environment. When ammonia release to the atmosphere it rapidly rises because it’s lighter than the air. It only takes a few days for ammonia to decompose, and it releases nitrogen in the process. Unlike some refrigerants, ammonia does no harm to the ozone layer, and is not a hazard after it gets into the atmosphere.

Ammonia fumes are toxic, but easy to detect. When there is a leak in a system, you will know about it quickly, and be able to take action. Ammonia is relatively safe from explosion hazards, except under certain conditions. However, handling ammonia does require training, and safety precautions, and you should always use trusted industrial refrigeration services.

1) First, ammonia is environmentally compatible. It does not deplete the ozone layer and does not contribute to global warming.

3) Third, ammonia’s recognizable odor is it’s greatest safety asset. Unlike most other industrial refrigerants that have no odor, ammonia refrigeration has a proven safety record in part because leaks are not likely to escape detection.

The “total equivalent warming impact,” TEWI, is defined as the sum of these direct and indirect contributions. Ammonia’s TEWI score is very low because ammonia itself does not contribute to global warming. In addition, due to highly favourable thermodynamic properties, ammonia refrigeration systems require less primary energy compared to other commonly used refrigerants. As a result, there is an indirect global warming benefit of lower CO2 emissions from electric power plants; among the lowest of all refrigerants.

Why is Ammonia growing in popularity ?

As fewer and fewer CFCs and HCFCs are available for use as refrigerants, companies are looking to ammonia as a more effective replacement. According to ASHRAE and the International Institute of Ammonia Refrigeration (IIAR), ammonia is a cost-effective, efficient alternative to CFCs and HCFCs that is also safe for the environment.

Ammonia (chemical formula NH3) is a gas comprised of two other gases — nitrogen and hydrogen. Whether found in nature or made by man, ammonia is colourless but has a sharp, pungent odour. Ammonia, frequently used commercially in large freezing and refrigeration plants is also called “anhydrous ammonia” because it contains almost no water (it is 99.98% pure). Household ammonia, by comparison, is only about 10% ammonia by weight mixed with water.

As a refrigerant, ammonia has some major advantages over CFCs and HCFCs:

Ammonia is a 3-10% more efficient refrigerant than CFCs, so an ammonia-based system requires less electricity, resulting in lower operating costs.

Ammonia refrigerant is substantially less expensive than CFCs or HCFCs

There are two key disadvantages to using ammonia as a refrigerant:

It is not compatible with copper, so it cannot be used in any system with copper pipes.

Ammonia is poisonous in high concentrations. Two factors, however, mitigate this risk: ammonia’s distinctive smell is detectable at concentrations well below those considered to be dangerous, and ammonia is lighter than air, so if any does leak, it will rise and dissipate into the atmosphere.